<–back to About EMS 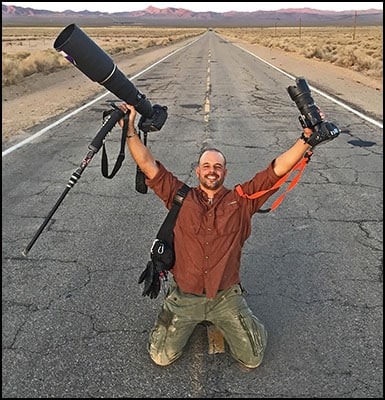 Suarez is not a specialist – but a generalist, who happens to be able to shoot a vast array of different photographic genres extremely well including Spot News, Travel, Street Photography, Fashion, Portraits, Food, Product, Nature, Landscape, etc.

However, it is Travel and Street Photography hold a special place in his heart. Especially because of his uncanny ability to connect with people, which also happens to be his favorite subject to photograph. He focuses on documenting “normalcy” and making the normal look extraordinary. “Therein lies the challenge! he says.

He added, “You simply were expected to be able to do it all, unlike working in an area where you can afford to become a specialist. So, in essence, you have to become a “specialist” in many genres of photography.”

Now, Suarez applies and shares his knowledge and experience as a speaker, educator, mentor, and freelance photographer:

Throughout his career, Suarez worked in over 60 countries while covering a myriad of assignments.

Among his many news coverage assignments throughout his career are the Columbine High School shooting, the war in Iraq, and the Columbia Shuttle disaster, the bloody ousting of Pres. Jean Bertrand Aristide in Haiti and the Indonesia Tsunami. The evacuation of the Israel Gaza Strip settlements, the aftermath of the Haiti earthquake, Sandy Hook Elementary School shooting and the Boston Marathon Bombing to name a few.

Among his many unique assignments was that of traveling to Romania in 2009 to document the first US D.O.E. and Russian government joint venture to repatriate nuclear material from former USSR satellite countries back to Russia.

In 2017, after having moved to northern VA, on the morning of June 14th he was awakened by the sound of gunshots, which led to the only existing photos of U.S. House Majority Whip Steve Scalise being transported in a gurney to a waiting medevac helicopter after he and others were shot by an angry constituent during a Congressional Baseball Game for Charity practice.

Suarez has also earned awards with his Travel, Portrait, Business, and even Product Photography.  His images have been published in National Geographic, Time Magazine, New York Times and Washington Post, and many other national and international publications.

As an Award Winner:

On a personal level, Essdras was born and raised in Panama City, Panama.  While attending the University of Florida he did an internship/ assistantship with National Geographic magazine.  After graduating with a bachelor’s in sciences of Journalism specializing in Photojournalism, he was awarded in 2010 the honor of Alumnus of Distinction award by his alma mater.

After leaving the Boston Globe in 2014 he was the Chief Photographer for a photography-based online platform called million eyez, which focused on generating exposure for photo aficionados by the creation and distribution of theme-based galleries.

In 2008 he created his own style of yoga called visYoga.™ He describes it as an ever-evolving physical conditioning system that incorporates principles of yoga, martial arts, personal training, isometrics, stretching, and relaxation while staying in tune with what happens within the body while keeping a healthy dose of awareness of your surroundings.

Suarez also holds a black belt in Ninpo Tai Jutsu and has practiced martial arts for over 20 years and is certified as a body-weight CI, NASM CPT. He was trained as a TRX specialist and a Barefoot-training CI.